Diakofti - The "Caribbean" of Kythera

Diakofti is a beautiful seaside village of Kythera with turquoise waters that has developed a lot in recent years. Ideal place for family holidays with sandy shallow beach, traditional houses built along it and taverns and cafes by the sea.
Famous and well-photographed is the shipwreck of the Nordland ship that was shown especially in the well-known Mega Channel TV series “So suddenly”, which, (ship), collided with the islet Prasonisi and today is half sunk near the port, being a tourist attraction but also point for underwater exploration, (scuba diving). 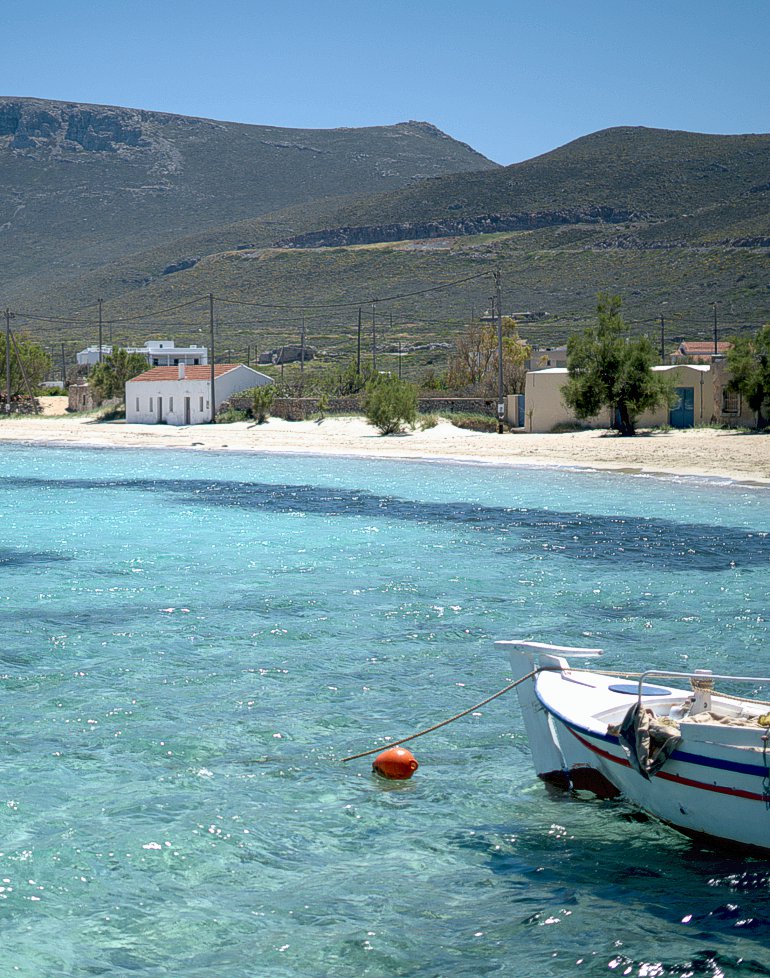 Our village A beautiful fishing village

Traditional small boats and boats dock at the small old pier of the village, while opposite, in Makrykithira, or “the island of writers”, is the port of the island of Kythera which is connected to the village by a bridge.
At the nearby port of Diakofti, yacht owners can get electricity and drinking water from vending machines.
In the area is also Agia Moni, one of the most important monasteries of the island built in 1840 and celebrates on August 6, where a traditional festival is organized. Agia Moni due to its altitude offers a wonderful view to the settlement.
On the mountain between Diakofti and Avlaimonas is the Byzantine church of Agios Georgios in which was found one of the most important Minoan top sanctuaries in the world.
In Diakofti is still the now known, cave of Housti where great archaeological finds of 4,000 BC were found.

Watch the video below for Diakofti